The ZFRD smoke detector installation program began 1/1/14. This is funded by  a FEMA grant and is intended to ensure that all eligible occupancies within the city limits are protected by a working smoke/CO detector.

Installation appointments can be scheduled by calling (847) 746-4038 during business hours, or by email at smoke_detector@zion.il.us. We are scheduling appointments for Saturday mornings. 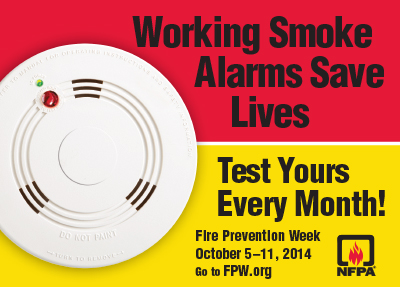 Two of every five home fires start in the kitchen.

Unattended cooking was a factor in 34% of reported home cooking fires.

Two-thirds of home cooking fires started with ignition of food or other cooking materials.

Children under five face a higher risk of non-fire burns associated with cooking than being burned in a cooking fire.

Microwave ovens are one of the leading home products associated with scald burn injuries not related to fires. Nearly half (44%) of the microwave oven injuries seen at emergency rooms in 2011 were scald burns.

Clothing was the item first ignited in less than 1% of home cooking fires, but these incidents accounted for 16% of the cooking fire deaths.

City of Zion ISO rating drops to 4 from 5!

About ISO Ratings:
ISO’s Public Protection Classification (PPCTM) Service gauges the capacity of the local fire department to respond if flames engulf a property in which your company has a financial stake… Read More