UNDER THE AMERICANS WITH DISABILITIES ACT

In accordance with requirements of Title II of the Americans with Disabilities Act of 1990 (ADA), the City of
Zion will not discriminate against qualified individuals with disabilities on the basis of disability in its service, programs or activities.

Employment: The City of Zion does not discriminate on the basis of disability in its hiring or employment practices and complies with all regulations promulgated by the U.S. Equal Opportunity Employment Commission under Title I of the ADA.

Effective Communication: The City of Zion will generally, upon request, provide appropriate aids and services leading to effective communication for qualified persons with disabilities so they can participate equally in the City of Zion’s programs, services and activities, including qualified sign language interpreters and other ways of making communications and information accessible to people who have speech, hearing or vision impairments.

Modifications to Policies and Procedures: The City of Zion will make all reasonable modifications to policies
and programs to ensure that people with disabilities have an equal opportunity to enjoy all of its programs, services and activities. For example, individuals with service animals are welcomed in City of Zion offices, even where pets are generally prohibited.

Anyone who requires an auxiliary aid or service for effective communication, or a modification of policy or procedure to participate in a program, service or activity of City of Zion should contact Richard Ianson at 847-746-4097 as soon as possible but no later than 48 hours before the scheduled event.

The ADA does not require the City of Zion to take any action that would fundamentally alter the nature of its programs, services or activities, or impose an undue financial or administrative burden.

Complaints that a program, service or activity of the City of Zion is not accessible to persons with disabilities should be directed to Richard Ianson at 847-746-4097.

The City of Zion will not place a surcharge on a particular individual with a disability or on a group of individuals with disabilities to cover the cost of providing auxiliary aids/services or reasonable modifications of policy, such as retrieving items from locations that are open to the public but are not accessible to persons who use wheelchairs.

Grievance Procedure Under The Americans with Disabilities Act

This grievance procedure is established to meet the requirements of the Americans with Disabilities Act of 1990 (“ADA”). It may be used by anyone who wishes to file a complaint alleging discrimination on the basis of disability in the provision of services, activities, programs or benefits by the City of Zion.  The City’s Personnel Policy governs employment related complaints of disability discrimination.

The complaint should be in writing and contain information about the alleged discrimination such as name, address, phone number of complainant and location, date and description of the problem. Alternative means of filing complaints, such as personal interviews or a tape recording of the complaint will be made available for persons with disabilities upon request.

The complaint should be submitted by the grievant and/or his/her designee as soon as possible but no later than 60 calendar days after the alleged violation to: 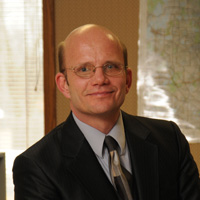 All written complaints received by Richard Ianson or his designee, appeals to Commissioner Al Hill or his designee, and responses from these two offices will be retained by the City of Zion for at least three years.
City of Zion - 2828 Sheridan Rd. Zion, IL 60099
(847) 746-4000
M to F: 8am - 5pm