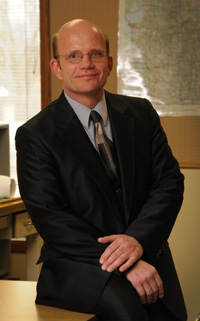 Richard Ianson was born & raised in Zion.  He was a 1981 graduate of Zion Benton Township High School.  After graduating, he attended College of Lake County and received his certifications in Business and Mathematics.  He started in the construction industry in 1985 at Residential Electric Co.  In 1988 he became a Project Foreman for Skofstad Electric Co.  He enrolled in the Electrical Apprentice program at Associated Builders & Contractors of Illinois.  There he received his Journeyman Certification and his United States Department of Labor Certification.  He also obtained his Electrical Contractors License.  He is currently a member of the Associated Builders & Contractors of Illinois.

In 1996 he became employed by Kirkegaard Electric Co. where he was the General Foreman for 12 years.  There he ran multi-million dollar projects in residential, commercial & industrial jobs throughout Lake, cook & McHenry counties.  In addition to his Electrical jobs, he also was employed by the Village of Winthrop Harbor as an Inspector for the past 15 years.  11 years as the Electrical Inspector and most currently, the past 4 years as their Building Inspector.

In June 2010, he also became the part time Electrical Inspector for the City of Zion.  During his years as an Inspector, he continued his education and received several more certifications from the College of Lake County and College of McHenry in IAEI updated National Codes.  Richard still resides in Zion with his wife of 29 years, Diana whom he married right after graduating High School.  They have 2 grown sons, Jason (Brittany) and Justin (Jamie) and one grandson, Luke.